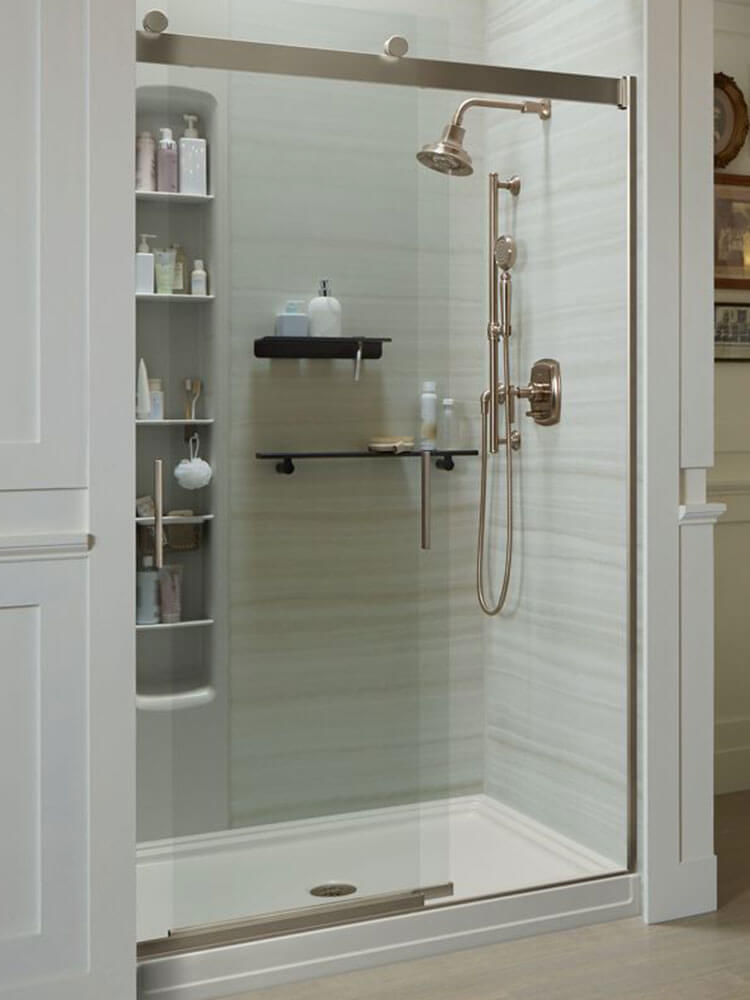 The Roots of Kohler

As a 10-year-old boy, John Michael Kohler was brought to America from Austria by his father in 1854. With the purchase of a majority interest in the Union Iron and Steel Foundry in Sheboygan, Wisconsin, 19 years later, he founded Kohler Co. The United States was in the midst of a financial panic that year, which left 68 railroads bankrupt, but John Michael persisted. He made cast-iron implements for area farmers, small castings for local furniture factories and ornamental hitching posts, urns, benches and cemetery crosses.

In 1883, Kohler developed some enamel powder, then took a large rectangular basin from his product line, heated it to 1,700 degrees Fahrenheit, sprinkled on the powder and was so enamored with his invention he made it the centerpiece of his one-page catalog. Beneath the picture it read; "Horse Trough/Hog Scalder – when furnished with four legs will serve as a bathtub."

In addition to his work in the business, John Michael was elected Mayor of Sheboygan and built the city’s first opera house. But in 1899, he felt the city, population 15,000, was too congested for his growing business, so he moved 4 miles into the country to the intersection of a river and two Indian trails, 4 long miles from any labor force or utilities. The Sheboygan Press hailed it “Kohler’s Folly.” Within days of the factory completion, John Michael died; and three months later, the factory burned to the ground. Three of his sons were able to resurrect the place, but within five years, the oldest two had died.

Fortunately, one of his four sons, Walter, who had left school after the 8th grade to work with his father, was a person of unusual capability. He was elected President of the company in 1905, added ceramic fixtures and brass faucets to complement his growing bathroom product line and developed “the automatic power and light” – a diesel engine coupled to an alternator to free the farmer from expensive batteries.

Walter built The American Club® as a temporary home for European immigrants, and at its dedication he said “a worker deserves not only wages, but roses as well.” In 1929, Walter was elected Governor of Wisconsin and served with distinction while continuing as President of the company. He was often moved by the words of John Ruskin, “Life without labor is guilt. Labor without art is brutality.” Learn more about the history of Kohler Co., today one of America’s oldest and largest privately held businesses.

Tell Us About Yourself

We're proud to be a small, local business and we want to get to know our customers.

We appreciate it! Please don't hesitate to contact us if you have any questions.